Its not just FOOTBALL, its PUBLIC SERVICE!

Iligan, Night of December 17, 2011, It was a horrible night when most of the clubs were in Mindanao Civic Center who participated the 1st Provincial Government of Lanao del Norte Football Cup. Around 2:00 am we already received shocking and breath taking text messages coming over from Iligan specially from our home Emerald Homes Subd. Lambaguhon.  My partner said on the text message "I-ampo me kay ang tubig taga hawak na". It was so hard to breath and imagine that I can't do anything about it because we were far from home, Same feelings happen to some footballers who were their. The only thing that I can do is PRAY, so then I woke up my team mates to pray with me. Its barely hard to sleep, i kept on walking and walking tears came down. Around 3:00 am I was calmed when I heard the voice of my Mother, Grandmother and my Partner that they were all safe in our neighbors two story house, thanks to our neighbor Engr. Celso Layos.


Me and my club mates decided to thank God by doing public serving, BlackSheep F.C. prepared Arozcaldo for the victims of Sendong. This fund is supposed to be for our Christmas Party. It was the night of December 21, 2011 when we Initiated Feeding Program in Brgy. Hinaplanon.

Preparation before take off

We prepared Halal, ALHAMDULILLAH!!
Taken in-front of G-MART. side of Enang's Grill

Thank you to Atty. Alex Macabangkit for supporting in the relief operation of Sagip Kapamilya -Bong Dalman Valbuena

Posted by TiQuinHo at 4:56 PM No comments:

The Z-League's BEST FOOTBALL SHOT is a photo contest sponsored by the Iligan United Football Club (IUFC) to help promote the 1st Z-League football tournament scheduled to kick-off on November 13, 2011 at the Global Football Field in Iligan City, as well as allows the IUFC members, particularly those who are based outside Iligan City, to view the photos of the Z-League games via the Facebook. All of the photos must be taken during any of the Z-League games that includes the round-robin games, semifinals and finals.

Who can join? Members of the IUFC Facebook group. If you are not yet a member of the IUFC Facebook group, then you can join now. If you are interested to join the contest, please submit your complete name, email addres, phone# and album name that you created in the IUFC Facebook group to the IUFC Secretary - Ralph Sacayle (email address: rasac68@yahoo.com).
Where to upload the photos? Upload the photos to the album you will create under the IUFC Facebook group. The format of the album name is ZLeague1_{NAME}, where {NAME} is your last name + first name. For example if your name is Juan Cruz, then the album name is ZLeague1_CruzJuan.
Do you need to put a caption? You must provide a caption of each photo that includes at least the names of the two (2) opposing teams and the date the photo is taken, as shown in the example here.
BlackSheep FC defender Juan Cruz tackled Advocates FC striker John Smith during the elimination game on November 13, 2011 at 1:30pm in the Global Football Field, Iligan City.
How many photos can you upload? Unlimited, but must be in one album that you created under the IUFC Facebook group.
What camera can you use? You can use a DSLR or point-and-shoot camera.
What are the criteria for judging?
Who are the judges? The IUFC Central Committee (composed of IUFC President: Bing Lopuz, IUFC VP: Melvin Alum, IUFC Secretary: Ralph Sacayle, IUFC Treasurer: Mateo Oliveros, and IUFC Auditor: Exodus Calit)
When is the deadline to upload? You can upload anytime until 12 midnight Philippine time on the following Sunday after the championship game. For example, if the championship game is on December 18, 2011, then the deadline to upload is on December 25, 2011.
When is the winner declared? Two (2) Sundays after the championship game. For example, if the championship game is on December 18, 2011, then the winner will be declared on or before January 1, 2012.
How many winning photo? There will be only one winning photo to be declared. The decision of the IUFC Central Committee is final.
What is the prize? Cash for the sole winner.
Posted by TiQuinHo at 2:26 PM No comments: 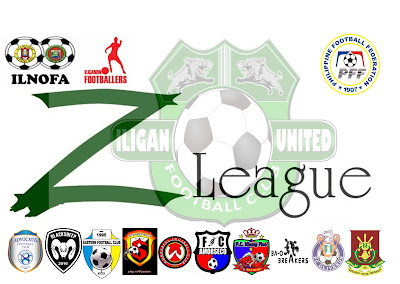 ILIGAN UNITED FOOTBALL CLUB (IUFC) a non-profit Football Club who's vision is to provide and develop world class youth football/soccer programs that enrich children's live, to support,promote and initiate youth soccer programs, to provide a venue to foster camaraderie and solidarity among Iligan-OFW Footbal enthusiast and provide mutual assistance among and between Iligan OFW's.


The following teams bellow will be participating in the Z-League that is scheduled to be play this coming Saturday Nov. 13, 2011 in Global Football Field, Suarez Iligan City.

Iligan City, October 29-30 2011,  Amorseco Football Club was the one of Iligan's Football Club which was registered in Iligan-Lanao del Norte Football Association(ILNOFA), FC Amorseco was based on Brgy. Sto Rosario. The said Football Cup is in line with the Brgy Sto. Rosario Fiesta. The event is held at Ludo Football Field in Brgy Sto. Rosario. Categories ranges from Under 12 boys, Under 15 boys, Men's and Ladies Open. In the first day ages group and ladies open and in the last day was men's open.
In behalf of the Iliganon Footballers we would also thank the following people who help us for this very successful footy event, Hon. Councilor Roy L. Openiano, Natures Spring "Water Up", Mixx Print station, FC Amorseco, ILNOFA, Brgy. Sto Rosario.
Match Results:
Under 12
Champ: MJ Haynes
Under 15
Champ: FC Amorseco
Men's Open
Champ: Advocates FC

captions by: Mixx Prints Station
Posted by TiQuinHo at 4:20 AM No comments:

This project is initiated by Iligan-Lanao del Norte Football Association which gathered every month. Monthly tournament brought to you by ILNOFA! the non-stop football action of Iligan's best sporting action of footy footy activities. Categories from U10,U12,U16 with free reg fee. and Men's Open categories.


U16
Champion: Samburon "stingrays"
2nd place: ICNHS booters
Posted by TiQuinHo at 6:49 AM No comments:

Watch out fellow footy followers next week is the Sunday League Championship of Season 5. Championship game will be next week Sunday October 16, 2011. See y'aLL their lads.

Sorry though, I was gone for awhile, lets get kickin!
Posted by TiQuinHo at 5:43 AM 4 comments: 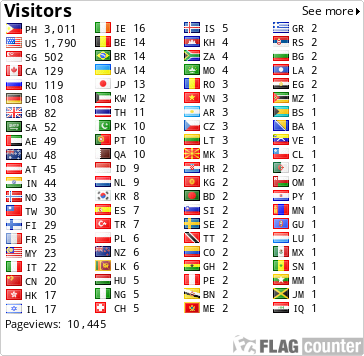